Since 1995 the Museumrailway S.T.A.R. exploits the railwayline between Veendam en Musselkanaal with historical steamtrains. The connection was in use until the eighties by the national railway company (NS). The track follows the border between the provinces of Groningen and Drenthe. It goes through the region known as the Groningse Veenkolonien (peat moor country). With its length of 26 km it is the longest museumrailway in the Netherlands. During the trip you have an excellent view at the widerange landscape en characteristic elongated building of the so-called Kanaalstreek.

The railway between Veendam and Musselkanaal is a relict of the railwaysystem that was built in the beginning of this century by the NOLS (NoordOoster Locaal Spoorweg) and the former STAR (Groningsch-Drentsche Spoorwegmaatschappij ‘Stadskanaal-Ter Apel-Rijksgrens).
In the twenties passengertrains left Stadskanaal for Assen, Coevorden, Zuidbroek and Ter Apel. Many factories along the line had their own railroad connection for transport of goods. When road infrastructure improved the use of the railway was going down. In 1955 the last passengertrain departed from Stadskanaal to Groningen. In 1990 goods traffic ended. 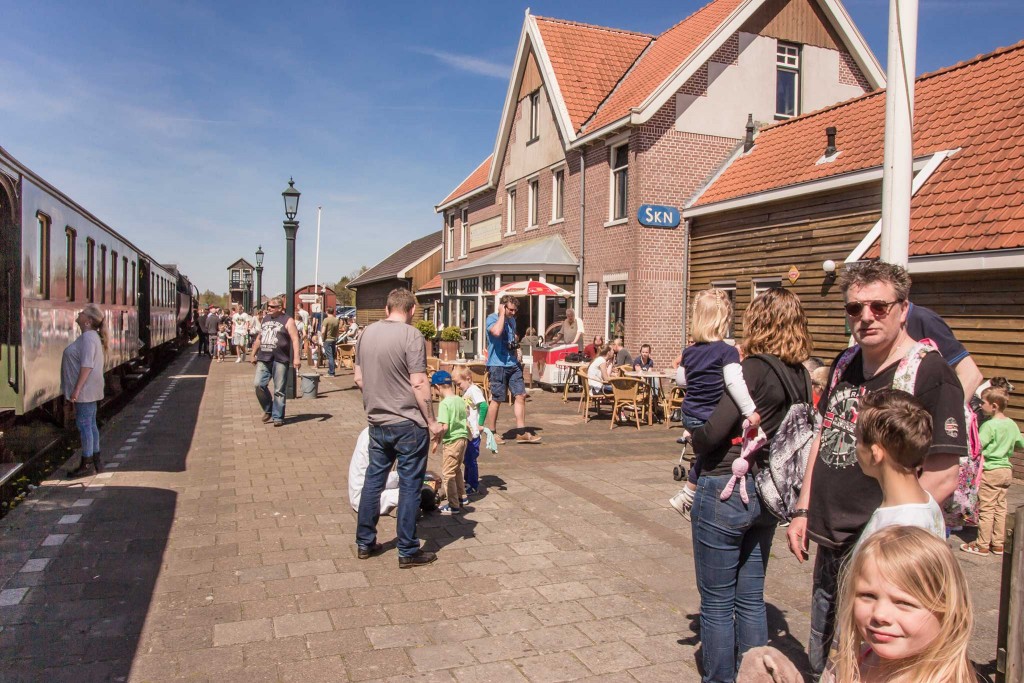 The new Museumrailway S.T.A.R. (Stichting Stadskanaal Rail = Stadskanaal Rail Foundation) was erected in 1992. Its purpose is to preserve the railway as an industrial monument of the peat moor country. With the financial support of the European Community, local authorities and many companies in the region the line was restored. Trains to start were found in good condition in Germany. The first train with passengers went on the tracks in 1994. Over 120 volunteers are working on the preservation of the museumrailway.